Our Timeline: A Rich History

In 1969 Henry A. Laughlin, Jr.—fondly known as “Sandy” in the aviation industry—founded Northeast Air. Sandy had been a Major in the Army Air Corps and commanded a squadron of B-29 Bombers in the Pacific Theater during World War II. The discipline, integrity, and courage he displayed in the Army Air Corps served him well on his return to civilian life.

Over the next 30 years, Sandy built a solid business that supported not only his family, but created a livelihood for many dedicated employees. His passion and true love of aviation helped sustain him until his retirement in 1985. Sandy’s son Henry has taken over the leadership of the company.

Throughout 2016, Henry Laughlin III invested over $3,000,000 to bring Northeast Air’s FBO facilities to the forefront of the aviation industry, with a state of the art General Aviation Terminal, expanded parking, and updated amenities. 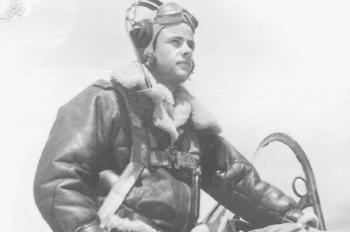 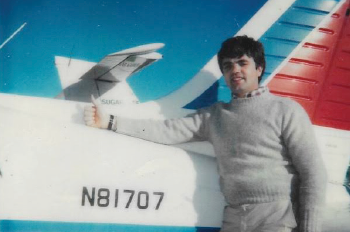 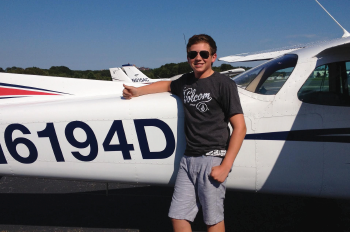 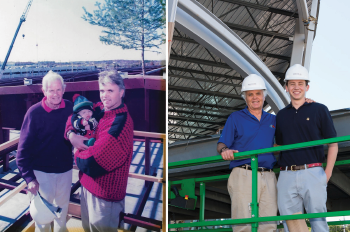 Our Timeline: A Rich History

In 1969 Henry A. Laughlin, Jr.—fondly known as “Sandy” in the aviation industry—founded Northeast Air. Sandy had been a Major in the Army Air Corps and commanded a squadron of B-29 Bombers in the Pacific Theater during World War II. The discipline, integrity, and courage he displayed in the Army Air Corps served him well on his return to civilian life.

Over the next 30 years, Sandy built a solid business that supported not only his family, but created a livelihood for many dedicated employees. His passion and true love of aviation helped sustain him until his retirement in 1985. Sandy’s son Henry has taken over the leadership of the company.

Throughout 2016, Henry Laughlin III invested over $3,000,000 to bring Northeast Air’s FBO facilities to the forefront of the aviation industry, with a state of the art General Aviation Terminal, expanded parking, and updated amenities.

This is my favorite FBO.  The service is fast, friendly and efficient.  The desk staff is always helpful and accommodating. The facility is immaculate.  My clients, business associates and I have always been treated like royalty. Very professional, everybody goes above and beyond.

Northeast Air is a topnotch FBO.  Management and staff constantly strive to ensure that visiting passengers and crews have a fantastic experience.  The FBO ops team goes above and beyond on every visit. If you have any maintenance or avionics issues…they are fantastic.  I highly recommend Northeast Air.

Northeast Air has established itself as the premier FBO in New England. The new building is fantastic, and the CSR,s are the best in the business. I’ve used Northeast for a training point for our crew 299 check on a Challenger 300, an intermediate stop for several TBM charters, and a great FBO for my clients in their light twins. No matter what the aircraft, the Northeast crew treats everyone like they are the most important aircraft on the ramp. Northeast also did an avionics upgrade on my recently purchased aircraft. They were on budget and on time, and ensured the final installation surpassed my expectations.

NEA personnel excel with prompt service with a smile and willing to bend over backwards to please. Working with people like this makes coming to work a joy.

This FBO improves more and more every time I come here. I’m always greeted by line service always asking if we need anything. If we call ahead for a quick turn, the truck is pulling up as we park. Fastest quick turns in the New England area. Walking into the building again always greeted by a friendly well trained CSR. Pilot lounge, and gym a definite plus if you’re going to have a layover.

We have been going here for years; we love it! The line service is in the top tier in the industry and the new facilities are beautiful. We have 10 stars for the CSRs. The Best!!!

My twin turboprop is maintained here over the last 8 years, and the maintenance team is excellent. There has also been an obvious continuous set of facility improvements, and the new FBO facility is top notch. Everyone, up to Henry Laughlin the owner, is approachable, friendly, and available to deal with any needs I have. Great place! Recently I had major service done by another facility on the West coast, and it was a very bad experience, resulting in my having lack of confidence in the aircraft’s condition. I had a North Atlantic trip coming up, and with no notice asked NEA’s mx team to run their eyes over the plane. They found and corrected numerous faults from the other facility, and got my pax and I airborne on time, in a safe aircraft. They are the best!

Northeast Air is our primary maintenance provider for our very busy small PC12 charter company. Additionally, the CSR reps at Northeast Air are some of the best in the business. Especially when you land with pax unannounced because of dense fog at our initial destination and the CSR team wrangles numerous rental cars and makes other arrangements within minutes of our surprise arrival.

Whether it was waiting for the air ambulance carrying my father from Switzerland; where the staff gave me updates on the flight’s progress, to making my 93 year old father’s travel to his son’s house via a charter, Northeast Air is the best! Their new facilities are top rate and accommodating. The staff goes above and beyond to help out. Even coming to my rescue when I arrived back late one evening and my car’s battery was dead. The person on duty stayed with me until AAA arrived at almost midnight to insure I was not stranded. That is what makes this FBO outstanding.

Based with Northeast Air in 73 in a shrike and utilized their maintenance facility for 50 inspections over 20 years in mostly turbine equipment. Line service takes the same good care whether I show up in the club Bonanza or the Gulfstream. Always pleasant and efficient with the “What can we do to help” attitude even when it’s beyond the scope of airplane service.

A beautiful facility, with very friendly and attentive CSRs, and great line service. One of the best FBOs we visit across the country. We always look forward to our visits to this great Northeast facility!

Acadian Seaplanes has used Northeast Air exclusively for over ten years. Their line service, CSRs, facilities, maintenance and avionics team are top notch. Their location on the field easily facilitates airline transfers to our amphibious aircraft. I feel like family whenever I use Northeast Air for fuel, maintenance or picking up passengers. Bravo to the entire team at Northeast Air!

I’ve been doing business with Northeast Air since the mid 90s. They are a class A operation with counter people always kind and have a warm welcome. The line guys are out on the ramp snow, rain, cold and heat of the summer with a warm greeting and always eager to help anyway they can. The maintenance by far is one of the best. They have repaired many of the planes I’ve flown from piston to jet. They do major engine installs and avionics upgrades to a simple switch or light bulb replacement. It’s been a pleasure to do business with northeast air all these years.

At Mountain Aviation, we have the opportunity to visit Downeast Maine about once each quarter. Northeast Air has always went above and beyond with regard to customer service for both our crews and our clients. Now they’ve matched that customer service excellence with an outstanding new FBO building, providing the complete experience. We will continue to rate Northeast Air as one of our top 5% FBO’s nationwide and our favorite FBO in New England.

I cannot say enough great things about this facility. The people are what make this FBO special. From the line to the front desk to the maintenance shop and up to the office, every employee is 100% customer focused – professional-grade all the way. I wouldn’t let anyone else touch my airplane.

We park our Falcon 900EX at Northeast every time we go to Portland (which is often in the summer) They always manage to get us in the hangar and treat us like gold. Our company also uses NEA for all of our PC12 trips. The new facility is really special and a nice place to be when I have a full day sit!

I have based my Cessna 182 Skylane here since 1995. While the facility has changed, the people who staff the line counter, those on the line, the maintenance personnel and administrative have always provided excellent service. I have visited many FBO’s from Canada to Wyoming and down to the Bahamas. I have not yet found one that can match Northeast Air.

Northeast Air is managed with the perfect balance of customer service and a clean FBO building for your passengers. During Camp Week (2018), we arrived in our G650. Northeast employees, from line service to front desk CSR’s, treated us like we were the only client there. We received first class service with a smile. Crew car availability and lunch in the lobby was a nice touch.